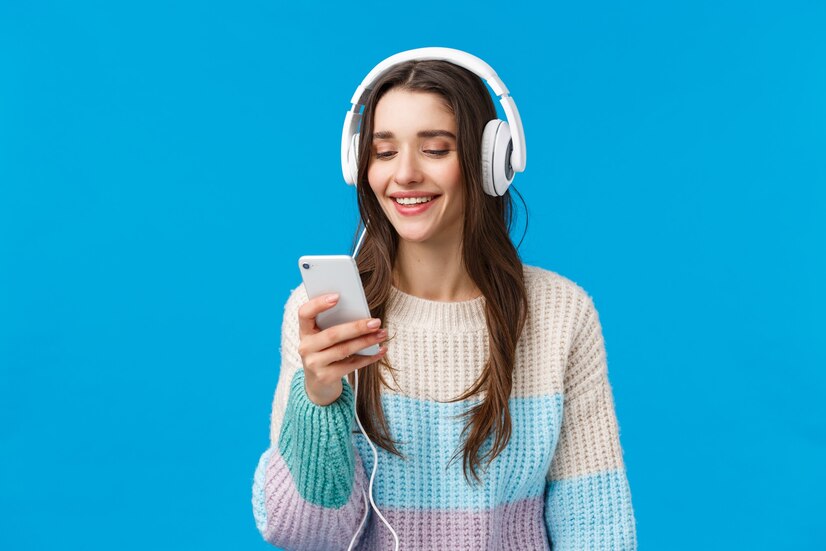 What can be better than listening to your favourite song and following the lyrics at the same time?

Here we have listed the top 10 song lyrics finder apps for you so that you don’t have to spend time surfing the internet to find lyrics while listening to your favourite tracks. Have a look!

You can join Genius group to exchange knowledge or get advice from other users and access confirmed information from artists and producers on the songs. What’s trending on Genius showcases the top songs and there are artists’ pages as well as a catalog of music.

A new feature lets Genius analyze the music playing on your phone using another app and display the lyrics that go with them. This lets you dance to your favourite songs and sing along simultaneously.

QuickLyric, second on the list, is an application that is only available for Android currently. However, there is a possibility that an iOS version is expected to be available soon so be sure to check whether it’s available or it isn’t.

The supported music players are Spotify, Google Play Music, Apple Music, etc. QuickLyric has a beautiful, simple, easy-to-use interface that’s easy on the eyes and can also track the music you’re listening to and display the lyrics immediately, and if the song’s content changes it’s just a matter of tapping once to update the song’s lyrics.

You can also manually search for lyrics and save them for offline access to music. It works with Android Beam and more than 15 languages including English, Hindi, Japanese, Arabic, and Russian.

There’s no need to search songs online anymore as now Lyrics Mania has got an offline mode too, it is available on both iOS as well as Android versions. This is a feature that has a variety of options, including giving the lyrics for songs you play on the apps that play music.

One of the greatest features this app offers is that it gives you lots of information regarding the artists even it will allow you to display lyrics on Android smartwatches too. Similar to other lyrics apps, Lyrics Mania contains some advertisements.

To eliminate it, you must purchase a monthly and/or annual subscription but if you’re not keen to pay for it, then it’s fine – you could make use of the app for free If you’re interested.

Musixmatch is an application that’s widely regarded as one of the top overall apps in the Play Store, and it even makes the Editor’s Choice. Musixmatch introduced its latest product Musixcore which is a music collaborative metadata and lyrics database.

It allows users to connect songs across various platforms which include YouTube, Spotify, SoundCloud, and more. Since the app has become well-known, it has gained every feature that goes with apps for lyrics including recognition of music as well as synchronization with other applications such as karaoke mode floating modes, and many more.

The LyricsCard feature in the app lets you play lyrics to songs on a variety of customizable backgrounds. You can also listen while on the move by receiving the lyrics on the lock screen. The premium version includes numerous extra features.

SoundHound is an app that works in the same way as Shazam as it has the aim of identifying the song playing in your mind quickly and effortlessly, by using your microphone.

Additionally, it offers lyrics, so that you can sing to it also it provides information regarding the artist and songs, along with some fun facts. The app can sync with LiveLyrics, allowing users to experience a karaoke experience.

One of the main benefits of this program is that it stores every song and music that you look through your past and helps you to keep track of when you first encountered a song. The app also has a hands-free feature that lets users communicate with the app simply by saying “Hey SoundHound” …” and then following it with your desired commands.

Shazam is among the most well-known music apps which lets you identify every song you want to listen to by providing lyrics to any song that you’re listening to, via any streaming service, or on your device.

Shazam is used by millions of users and in addition to recognizing music, it also gives lyrics for free, it also lets you discover new music, follows your favourite artists, gains access to video clips, streaming services, listens to preview tracks, look up charts that are real-time and then begin using Pandora radio. Shazam can also be a great offline lyric app that detects and shows lyrics offline.

Lyrix is among the latest apps for lyrics to songs which makes it simple to locate Song Lyrics and save them offline. It also has a multi-language feature and the best part with Lyrix is that it is completely free and has many different features that are worth exploring and using.

It uses the song ID to show lyrics immediately across different music players. The interface is very attractive, and you can change the font size as well as make use of voice search.

MetroLyrics has an iOS application. The application, and the website it’s built on, are one of the biggest databases of lyrics. MetroLyrics is among the most popular sites dedicated to lyrics, with over 1 million songs performed by more than 16,000 artists.

It was the very first website that offered users free access to music by their most loved performers in an interactive way. The website is run through MetroLyrics Inc., a company with its headquarters in Toronto, Canada.

One of the most-loved functions of MetroLyrics is the ability to discover the music that other users within your local area are listening to. It is known as mapping. In general, this is a solid and reliable app that isn’t cluttered with modern features and will do the job.

Lyrics Library is a great alternative to the top song lyrics apps you’ll locate. The app for lyrics is not only a vast database of lyrics but also lets you create and edit your lyrics and also save your songs to the application.

It allows you to share your lyrics with friends or make chords with the lyrics as well. You can arrange your lyrics in folders and then save backups of the lyrics.

If the goal of your listening to music is to master an additional language or improve the one you are already familiar with, making use of Learn LyricsTraining is an excellent alternative.

It not only lets you keep notes of the lyrics but also requires you to complete the gaps so that you can increase your vocabulary and become better at understanding what’s being said.

It provides support for more than 10 languages including English, Spanish, Portuguese, French, Japanese, and many more. However, there is a drawback to the website that is available for free versions: you can play only three games per day.