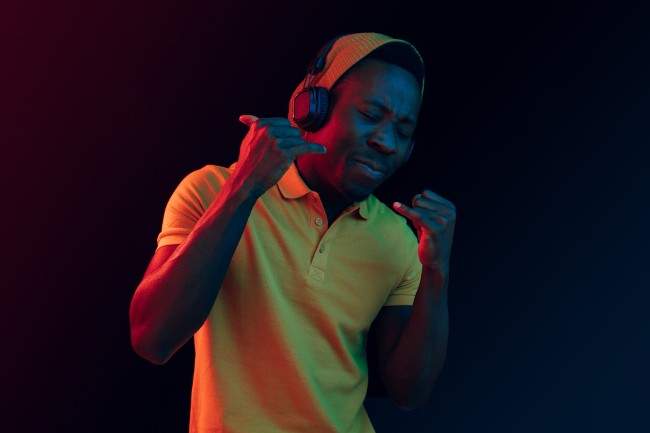 If you’re a music lover then you cannot ignore the fact that music download apps are your favourite apps. To talk about smartphones, Android is among the most popular operating systems around the globe.

There are numerous Android-friendly music applications available in the Play Store to download and stream music. In this article, we have tried to enlist some of the most popular music downloading apps for android so that you don’t get puzzled while choosing an app.

Spotify is among the top music apps available & it is an entirely new way to listen to music. Here you can follow musicians and even you can build your radio so that you receive the list of suggested music according to your choice.

Though it’s not the only app to offer streaming services, it gained a lot of popularity over the years. Spotify comes with an easy-to-use interface and offers both free and paid subscriptions, with various options.

The free version has third-party ads but does not include any offline music feature. However, the premium version allows users to download unlimited tracks and save the songs for offline streaming.

The term “Gaana” is a Hindi term that means “Songs”. Gaana is among the most popular music downloader applications for Android as well as iOS and most of the songs on this platform are in mp3 format.

Gaana also has an extensive collection of songs regardless of genres & language. It has more than 10 million old & new songs in its collection; moreover it includes one million brand new and old songs in various languages.

But music downloading in this app isn’t completely free but it requires a subscription to access it.

Google Play Music is a very familiar name to every Android user that allows you to stream music from a huge database or play music straight from local memory.

When you’re streaming audio files and syncing them, they are being downloaded to listen to in the future so that you can enjoy songs even being offline.

It lets you browse radio stations even by mood, genre, decade, or activity. When you sign up, you’ll get access to more than 35 million songs on demand and a free music-listening experience even after disconnecting the internet.

If you wish to use the offline function, simply need to save your music files to the Cloud system. This service is only available to users of SoundCloud Go. You can also create your playlist, and also manage your music collections.

You can also break them down into categories like exercise, party, relaxing and similar things.

4shared is a renowned cloud-based service provider but it also lets its users save their favourite music files and play them back later. The search option lets the users find a certain music fine and this application is also used to share video and audio files with other users.

4shared also gives you 15GB of space for uploading your most loved music and streaming them anywhere on the go.

Although Airtel customers get an extended subscription for six months of MP3 downloads, you will have to purchase an upgrade subscription if you are not an Airtel user. The music library has songs and music from all genres, & languages.

Napster Music is a free online music streaming application developed & created by Rhapsody International that lets users listen to music and download it with an easel. Many people like listening to music through Napster. You just need to create an account and you will get access to the music from more than 50 countries around the globe.

The best part of the app is, it is ad-free and comes with the feature of radio streaming as well. It is an on-demand music platform with a radio station facility, moreover, any user can take advantage of the app for one month without spending a single penny.

Youtube is the largest source for any song you’d like to hear. We always want to download all the songs but end up getting nothing. Here youtube music can help you in this case by allowing you to use the entire YouTube videos as audio files.

Music downloads from YouTube can be done in many ways. One method is having a YouTube Premium subscription. Another cool feature is that it can run as a background activity while you do other tasks.

There are no-cost downloads on the basic YouTube platform by using the filter function in the “Features” section to find “Creative Commons” and look for the genre of music you love. They are free of copyright and are legal and free to download.

We know that you are already aware of the Amazon shopping store, but you may not know that Amazon has created its own music store in which you can stream and download music from all over the world in a matter of minutes.

Amazon Prime members, who typically join the service to get free shipping, can use Amazon Music to stream and download many songs with Prime. Although Prime is an annual paid subscription, the addition to Amazon Music offerings falls into this category. Amazon Music itself, as an additional service, gives users the capability to store massive songs for offline listening.

Deezer allows you to access unlimited music as well as download playlists, podcasts, and audiobooks. The app also includes an all-in-one music downloading and streaming app for iPhone/Android.

Deezer offers a similar set of features as Spotify in terms of the number of features that the Premium version has and also an ad-supported version for free. Additionally, you can stream live radio channels and download your most loved MP3 tracks. You can also download MP3 music and listen wherever and whenever you’d like

Another app that allows users to download and play audio or music files on their Android device is Audiomack. With Audiomack you don’t need an account to find or download your preferred music.

The app helps struggling artists post their work and also get reviews. You can download tracks as full albums, listen offline, or even create playlists with no limitations. You can also look through playlists created by other users and follow your favourite artists to get new music. Some advertisements make the platform completely free.

DatPiff is also one of the best music download app for Android, iOS, and Windows. By using this music app for free, you can download and listen to an enormous collection of mixed tracks.

DatPiff has been a major promoter of a variety of mixtapes over the past two decades and has several popular mixtape releases to their name. You can access independent artists as well as it gives you free music downloads at no cost.

Spinrilla is a fantastic and completely free music downloader app that lets you listen to and download loads of hip-hop-infused music. Spinrilla is available on Android as well as iOS devices, too.

Downloads for offline listening are allowed as well. Many songs can be available at no cost to listen to a sample of the material before purchasing the album.

SuperCloud MP3 Downloader is an excellent Android music downloader app however it’s not yet available through the Play Store. It also locates songs using a variety of methods.

However, one of the benefits is it lets you stream music to listen to a song in a preview. SuperCloud is also compatible with earlier versions of Android. You can search for an artist, track, or album’s title to quickly locate it on SuperCloud.

Anghami is among the top music apps for downloading and listening to songs online. It’s a music downloading app which includes thousands of International and Arabic songs on its database.

You can also make your music videos using the Anghami application and view other music videos that are exclusive to it. The music quality available on Anghami is top-quality.

If you subscribe to the Anghami Plus, you can download all your favourite music and stream them whenever you like without being stung by third-party advertisements.