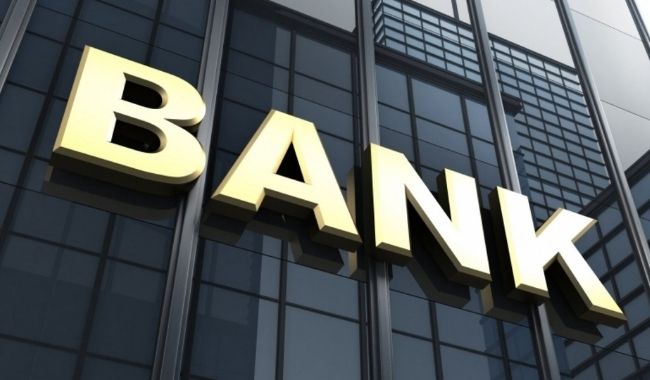 S&P Global Market Intelligence annually publishes an annual report on banking and financial services highlighting the assets of the world’s 100 largest banks. Here we have mentioned the top 15 largest banks according to their assets in this blog.

Among these top 15 banks, China has four, Asia has a total seven headquarters, only four banks are  from the U.S and the remaining are European.

1. Industrial and Commercial Bank of China

ICBC, a major multinational Chinese bank with estimated assets of 4.6 billion USD,  is the largest bank in the globe in 202 also ranked first in the Banker’s Top 1000 World Banks ranking every year between 2012 and 2022. It was also placed first on the Forbes Global 2000 list of the top public companies worldwide in the year 2019.

China Construction Bank Corporation (CCB) is one of the largest banks in China. In the year 2015 CCB ranked as the second-largest bank in the world in terms of market capitalization and was the sixth-largest company worldwide. This bank has around 13,629 branches across the country and a lot more abroad.

ABC is one of the biggest four banks in China and the 3rd largest bank among the top 10 largest banks of the world in 2022 with assets totaling 4214 billion USD having subsidiaries in the mainland of China, Hong Kong, London, Tokyo, New York, Frankfurt, Sydney, Seoul, and Singapore.

ABC has around 24,000 branches, 320 million customers who are in retailing, 2.7 million corporate customers.

BOC  is the fourth-largest bank worldwide with total assets of $4,073 billion. It is the second-oldest institution in mainland China that is still operating.

From its beginning in 1942, the bank was able to issue notes on behalf of the government, along with it being one of the “Big Four” banks of the time, including the Farmers China Bank as well as the Bank of Communications, and the Central Bank of the Republic of China.

Mitsubishi UFJ Financial Group is Japan’s largest banking institute as well as a financial service provider. With total assets in the amount of US$3 trillion, 3.1 trillion.

It is the largest financial group in Japan and the second-largest bank holding firm in the world, with 11 trillion US dollars in March 2011.

HSBC is sixth among the 15 biggest banks worldwide in 2022 and second in Europe having approximately 3,900 offices and 38 million customers across 65 countries across Africa, Asia, Oceania, Europe, North America, and South America.

JPMorgan is the biggest lender to the fossil energy industry around the globe until 2022. JPMorgan Chase is considered a universal bank and custodian bank.

In September 2021 JPMorgan Chase entered the UK retail banking market and launched an app-based current account that is under the Chase brand. It is the first time the company has launched a retail banking venture outside the United States.

The Bank of America is the second-largest financial institution in the United States after JP Morgan Chez and in the list of top 15 largest banks worldwide.

The bank’s primary financial services are focused on commercial banking, money management, and investment banking with more than 200,000 working employees.

BNP Paribas is the largest bank in France besides being the second-largest one in Europe in terms of assets under management as well as market capitalization.

BNP Paribas has a strong position in both the corporate and retail banking sectors. It provides services to more than 40 million customers around the world.

In terms of assets, Japan Post Bank is the second-largest Japanese bank in the entire world. It is largely owned by a government-controlled conglomerate named Japan Post Holdings with interests in insurance, postal, and logistics.

As opposed to other large banks, Japan Post Bank is mostly involved in the loan and insurance industry. According to the Annual report for 2019, the business has more than 130 million customers, 30000 ATMs, and 24,000 branches across Japan. It’s the second Japanese bank that has branches in all 47 prefectures after Mizuho Bank.

SMFG is the second largest company providing financial services in Japan that has been listed on a variety of stock exchanges, including the Tokyo Stock Exchange, NYSE, and the National Stock Exchange (India). It offers corporate and retail banking services and is involved in alternative investments and blockchain-related transactions.

Citigroup is among the “big four” banks in the United States and also among nine banks in the bulge bracket in the world. They’re responsible for 45 percent of all consumer deposits in the US.

Citigroup is the parent company of Citibank with over 700 branches within the U.S and 2,500 units across the globe.

In 2017, the US Federal Reserve prohibited Wells Fargo to expand the size of its assets base in the future until the bank is making essential changes to its operations.

However, Wells Fargo actively engages in the corporate and retail bank, wealth administration, and brokerage.

Mizuho Financial Group is one of the three largest private banks in Japan. It has three major subsidiaries: Mizuho Bank, its retail and corporate banking arm, Mizuho Securities, investment bank as well as Mizuho Trust.

In the subprime mortgage crisis in 2007, Mizuho’s New York operations lost nearly US$7 billion on CDOs.

Above mentioned are the top 15 biggest banks in the world. Let us know your favourite bank in the comment section.

20 Fastest Things In The World