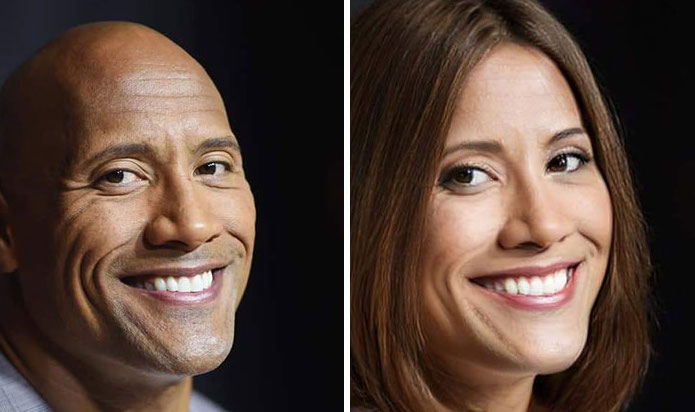 In today’s market, there are some apps available that let you swap gender. The great thing about these apps is that they are compatible with both Android phones as well as iPhones and each app comes with some unique features.

In this article, we will discuss the 9 best and most popular gender swap apps and the best ways to install them and give them a start.

FaceApp tops the list of best gender swap apps for its unique features of photo editing. You can create new images of yourself and give yourself a fresh hairstyle and beard or even a perfect makeup look.

The user-friendly interface guides you step-by-step through the application so that you can perform the entire edit & if you want to swap genders, then you can do that by certain steps like the face polishing process and so on.

The app is extremely enjoyable to use and you must give it a try.

This is among the most amazing gender-swapping apps & with its sophisticated editing tools, this application blends photos seamlessly. Face Swap Booth does not actually offer a particular program to switch genders in photographs rather it blends faces of different genders.

Additionally, users can save their edited faces to make them available later and even users can swap faces with multiple photos.

Face swap Booth allows you to blend different photos by swapping their facial features between photographs in just a few clicks. You can make this happen as many times as you’d like with this app.

FaceLab is a very well-known app that lets you change your gender as well as age. It is also possible to make animated selfies and apply various effects with this app.

You can also create an image collage with before and after images to compare. After that, you can also post them to social media. It has a wide range of completely free filters to make yourself appear younger or older and numerous other possibilities.

You can also make yourself cartoon-like or perform face swaps and even transform into the form of a zombie. Make a beard, transform your photos into oil-based paintings, design collages, and much more.

Snapchat recently released an innovative filter that allows people to change between female and male and reversed. The filter transforms women’s faces to stubble-wearing men while the other one does nearly everything that is possible so that men appear more feminine.

The gender-change filter quickly gained a lot of attention. This app will make you appear slimmer & anything you want can be achieved with the app.

With Face Story, it’s possible for you to create stunning digital manipulations in a short time. It comes with a wide range of amazing features such as Gender Swap, Face Aging, Cartoon, Baby Face, Celeb Lookalike, Artistic, and Sketch Effect.

You just need to upload a picture to Face Story and choose Gender Swap then within minutes, it will change a woman or a man into the opposite gender.

The application’s Gender Swap filter is quite fast. But, users have to buy a subscription in order to access the many features in Face Story.

If you’re looking for an excellent GIF editor or meme on your phone, Reface is the best application. It lets you swap faces with famous people and immediately be a part of the hilarious memes people upload on the internet.

Just snap a photo or select one from the gallery. After that, choose the GIFs in which we wish to replace the image. There are many divided into categories as well as by their popularity. Its advanced technology lets users capture realistic selfies anywhere, which is perfect for our busy lives.

Face Changer Photo Booth is also one of the most popular Android apps for switching genders. Here you don’t have to alter something in-depth or select filters. All you need to do is upload a photo of yourself, and then change it into a different one.

There are plenty of possibilities to make your photos more enjoyable. With this application, you can alter your appearance by combining animals with your favorite stars or even your own friends. The app comes with a very easy-to-use interface so that the users find it to be easy & helpful at the same time.

Instagram is an extremely famous social networking platform though many don’t know that Instagram is packed with interesting filtering options for gender and filters.

Just go to the story section and tap the filters. If you’re specifically searching for a filter to change genders, simply search for the phrase as Instagram is bound to offer some cool options. Users can create reels, or take selfies using these cool filters. The process of trying certain Instagram effects on your own is easy.

Face swap is for those who prefer spending minimum time trying to achieve their desired result. Just upload your photo, and you decide if you wish to completely change the face or if you would like both of the people in the picture to swap faces.

With just a few clicks, you can complete the gender swap, and then see how simple it is. With a variety of effects, such as smile filters, babyface, beard-building tools, or the best hairstyle, you can modify your pictures according to your style.

Above mentioned are some of the best and most popular Gender Swap Apps to try in 2022. Let us know your favourite Gender Swap App in the comment section.

Plan Effective Meetings: Top 7 Meeting Scheduler Apps to Use in 2022