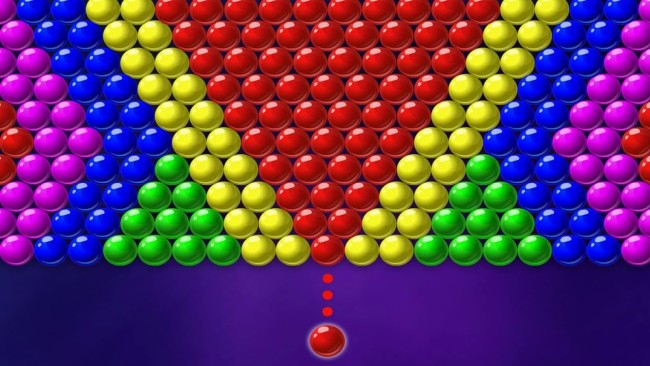 No one can deny that bubble shooter games have been on-demand since the early 1990s as there is no age bound to give the game a try. Bubble shooter games are very interesting, challenging in nature as well as good games to spend leisure time with.

But in this age of the internet, you’re left with an abundance of options and sometimes which much availability leaves you with some other experience & you’ll think once surely to spend your time enjoying the games.

So, in this article, we’ve tried to feature some original, interesting & famous bubble shooter games that you must try once and pick your favourite one from the list below!

Bubble Shooter 2 from DroidHen is one of the most famous bubble shooter games which features a squirrel as the main character, and the mechanics of the gameplay are similar to the majority of bubble shooters.

In this game, you’ll have to shoot or pop bubbles of the same color to release the squirrels that are trapped. There are more than 500 levels in this game & as you progress through each level, games become more and more difficult. The game comes with boosters as well as daily rewards for logging in.

Frozen Bubble can be described as a no-cost bubble shooter game available for Android and iOS, which does not include ads or in-app purchases. There are three exciting game modes: Arcade, Puzzle, and Player 1 vs. Player 2, in which you can either play with computer bots or your friend connected through Bluetooth or the internet.

Alongside the standard Bubble Shooter mechanics, for some variety, this game introduces some characters.  The game offers more than 1300 levels that are filled with difficult problems to be solved and enjoyed.

It is a bubble shooter game that is based on cartoon characters of the Pixar / Disney film with identical names. You can unlock some of the most varied characters from the film through more than 1,000 levels.

Additionally, it comes with stunning 3D animations from the film that feature the original voice of the voices of actors. Each character comes with its special power or bonus. It also has integration with Facebook to rank characters and the donation of lives.

Bubble Shooter ™ is the official game for bubble shooters which was developed by Ilyon who owns exclusive rights to this well-known mobile game.

Like all other bubble shooting games, you must smash two balls or more with the same color to complete the most varied challenges and remove the screen. This game features three game modes: Levels, Puzzle, and Classic. It is playable at any time, without the need to connect to the web.

Magnetic balls ‘ bubble shoot is a well-known bubble popping game that was released to Android phones. It is a distinct game in comparison to other bubble Shooter games, as it includes physical elements that attract magnetically.

When you throw the ball with a color, it draws the other players and slightly alters the traditional gameplay. There are endless game modes as well as color blind modes, and more.

Bubble Shooter Bubble Games is the most popular classic game that was released on Android phones & this game has over 100 million downloads through Google Play. Like any other Bubble Shooting game, you need to match 3 or more bubbles of the same color to explode them.

The game is currently offering more than 3000 levels and it includes daily prizes as well as leaderboards, colorblind mode, and much more. The game offers Arcade Classic, Level, and Arcade modes.

The game doesn’t require an internet connection to run and provides over 1000 different levels to enjoy. There are no time limits, which means players can enjoy as long as they like.

The game also features the ability to upgrade your power, more than twelve obstacles to contend with, and the ability to play offline. However, the graphics of the game must be improved.

Gameloft Classics: 20 Years is a fantastic collection of classic games with more than thirty free retro titles in one bundle. In the top games, we’ve got the old-fashioned Bubble Bash 2 and AbracadaBall Bubble Bash, both of which pop bubbles. If you’re from that period or are just interested in the past then this collection is surely a fantastic option for you.

Bubble Game is also a casual Bubble Shooter game that is available for Android phones. The game features all the traditional elements for being one of the best bubble shooters. The main theme of the game is the fantastical world of dragons and in this game, you’ll need to pop bubbles to get rid of them. There are over 525 levels to master as well as the option to play it even when disconnected from the web.

Bubble Mania is 11th on our list. All you have to do in this game is popping bubbles and save kittens. This fun bubble shooting game includes hundreds of levels and challenging tasks. Get weekly rewards, & challenge your friends to compete, and get a place in the hall of the frame as well.

Bubble Shooter Legend is next on our list that comes with some great additional features, 700 levels, four booster abilities, as well as a Star system to act as an incentive to play levels over and over.

The vibrant animations and the soundtrack are aimed at children but adults will find it to be adventurous too. You should be aware of Bubble Shooter Legend as it is very addictive, and the puzzles in it are demanding.

In this game you have to tap on the area you wish to make a bubble pop but make sure that there are at least 3 bubbles so that you can explode them. This game is for your Android smartphone, and it’s accessible on Google Play Store.

Bubble Witch 3 Saga is a magical bubble shooting puzzle game introduced by the makers of Candy Crush Saga & Bubble Witch 3 Saga features spellbinding game modes, special boosters, and gives the leaderboard of top players worldwide. So by matching bubbles and popping them you’ll level up your journey in this game. It’s free and worth trying the game.