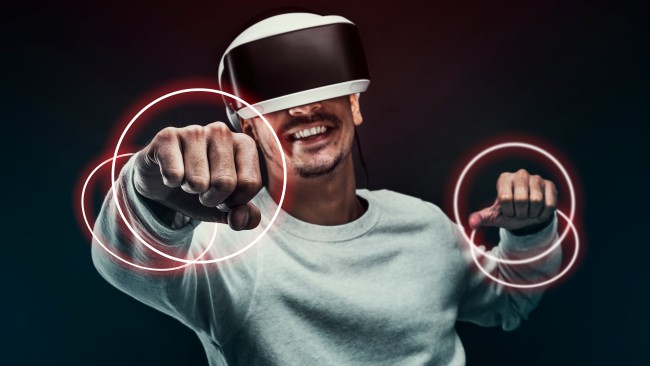 A cinematic story has always strived to reach the viewer as close as possible by creating an experience that can be both exciting and memorable.

These experiences were traditionally created using moving pictures and sounds. After ‌technologies, such as 3D, IMAX, CGI, and animation, the film industry created even more immersive experiences for audiences.

It’s no secret that virtual reality is the future. Filmmakers and video production companies are now creating entire virtual worlds that look and feel realistic through VR.

Video production London experts Ideal Insight investigated the impact that virtual reality technology would have on the film industry and asked Julian Anderson from Hot Dark Matter for his thoughts. He revealed, “I believe we will see more of this in the future; as technology advances, the user will be able to choose which perspective they want to enjoy the movie from”.

VR offers a level of immersion and engagement that traditional movies simply can’t match. For example, instead of simply watching a character on a screen, you can become that character in a VR experience.

You can explore virtual worlds, interact with other users, and even influence the outcome of the story.

How do Filmmakers Use VR in Film Production?

Many filmmakers are using VR during the pre-production stage. By doing so, they can visit the locations where they’ll be filming and get a feel for the space. This is especially helpful if you’re shooting in an unfamiliar location or if the location is difficult to access.

Moreover, collaborations between video production companies and tech companies are making it possible to capture 360-degree footage. The partnership between Lucasfilm and Star Wars has been a long time coming. Star Wars: Tales from Galaxy’s Edge is a story that is original and one that includes various gameplay formats and difficulty settings.

Facebook’s VP of Content, Mike Verdu, revealed that because VR is such a powerful medium for telling stories, that experience will allow users to experience a Star Wars experience that nobody has ever seen before within that galaxy.

How Has VR Changed the Future of Filmmaking?

They are simply videos that have been recorded with a 360-degree camera. 360-degree VR videos are created by stitching together footage from multiple cameras that are positioned around a central subject. The resulting video can be viewed on a virtual reality headset, giving the viewer an immersive experience.

This technology is changing the film industry, as it allows directors to create films that can be experienced in a completely new way.

360-degree VR videos are not just restricted to traditional films; they can also be used for documentaries, news reports and even video games.

Animated AR movies are similar to traditionally animated movies, except they are designed to be viewed in a virtual reality headset. This allows the viewer to be transported into the world of the film and feel as though they are part of the action.

This is a new way to experience animated films, and this type of movie will likely become increasingly popular as VR technology advances.

Pixar’s Coco was one of the first animated movies to be released in VR. Interlinking animated movies in VR with other forms of entertainment, such as video games can also be done to create an even more immersive experience that benefits the film industry.

VR is changing the future of the film industry with its new and innovative ways to make movies more immersive and engaging for viewers. While traditional movies are still being made, VR could eventually replace them as the preferred form of entertainment.

What Technologies are Used in Web 3.0?

8 Must Have Features Of On-Demand Marketplace

Chatbot: A Must-Have Tool For Businesses In 2022