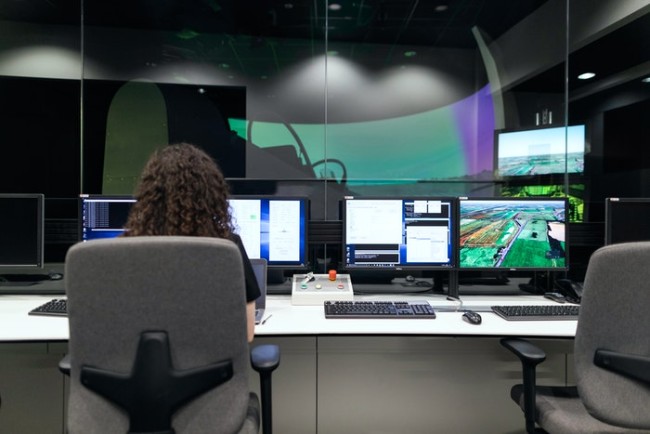 Business simulation games are nothing but games full of financial terms, graphs that mainly focus on business strategy. Believe it or not, these games can be a lot of fun as they give you the opportunity to enjoy your interests by discovering what life becomes when you are in a different field of life from reality.

The world of computer games has seen a massive increase during the past few years but simulation games have shown the most notable expansion.

City: Skylines is one of the best business simulation games available in 2022. Well, running a city could be similar to managing a business.

In this game a player holds more power than the city planner and also the biggest power is in a player’s hand whether he wants to build or destroy a city.

The most basic plan is working within the budget and making sure that all employees and customers in the city are satisfied. Most city builders are likely to fall for densely urbanised islands, there if you construct in the entire nine regions that are available in this game, you’ll have big cities in your hands.

Planet Coaster is for those who are wishing to see themselves as a rollercoaster tycoon. Planet Coaster was developed through Frontier Developments, which gives its players a lot of nostalgia enjoyment.

However, for those who aren’t familiar with the theme park genre the Planet Coaster’s highs as well as lows can be a refreshing and sometimes difficult simulator experience. Though it’s a good choice to give it a try.

Zombie Farm 2 is a zombie simulation game that has twists on the concept of cultivating zombies instead of vegetables and fruits.

The gameplay involves players growing crops for the breeding of zombies. It’s not only an action game but also a fantastic business simulation game that can be played with either iPhone or android.

Fourth on our list is RimWorld, it’s a sci-fi management simulation that tells the story of people who get stuck on a planet and must join forces to survive in the hostile environment of aliens. RimWorld is a very interesting game for sure.

Tropico 6 is the eighth edition of the Tropico video game series which is a development and construction management game. In the game, you will be the president of the Caribbean island, which moves through four different periods, The Colonial Era, the World Wars era, the Cold War era, and the current period.

OpenTTD is an iconic business simulation game in which you will be constructing airports, railways, seaports, and others in order to build an effective transport company. You can play in solo or in multiplayer mode and there are a variety of maps available to ease the gameplay.

American Truck Simulator allows players to fulfil their dreams of being a trucker. In addition, there you will get access to an array of cargo that requires various types of rigs or trailers and determine the best route to go.

The process of driving a truck is different, so understanding the best way to drive your trailer, how to safely transport a load, and not ramming into anything is a process that requires time and effort to polish your skills.

Planet Zoo is a zoo management and building game. There are more than 100 species of animals that behave exactly like real-life animals through AI. Each animal has their own requirements that you must be aware of.

Apart from the animals, you’ll be in charge of hiring staff members, constructing research facilities and creating an environment that is welcoming to guests.

The fundamental Farming Simulator experience is the same as purchasing additional fields, upgrading your equipment, and having fun with your daily routine amid the green hills. The variety of equipment and tools available is vast and includes the kinds of manufacturers that have household names.

One truly authentic farming experience can be had without getting your boots filthy, the game only enhanced by its modern images, customizable farms, and even horses that you can ride.

Most of us have wondered about the construction of the park for dinosaurs after watching the movie Jurassic Park. Well, a game has been developed with a theme just like Jurassic Park with 40 different kinds of dinosaurs.

You can take their DNA samples and breed them in the lab by using incubators. It is also possible to use an application that can create various habitats for dinosaurs. Apart from dinosaurs, you’ll also need to look after the visitors and earn a profit by selling the concept.

Two Point Hospital provides you the idea of building Your own fictional hospital within a nation. Decorate the hospital, and make it look stunning to let your patients feel comfortable.

As the manager at your institution, you have to ensure that all your patients are happy. In order to ensure this you’ll need to recruit and train nurses, doctors, and buy furniture, machines, and other items needed to ensure smooth and efficient hospital management.

Game Dev Tycoon is one of the top tycoon-themed games that you can find. The company was founded in 1980 and each time you make a game they are released and evaluated.

As you get better at it, your skills increase and new consoles are launched and you can sell more games, relocate to new office spaces and recruit employees.

You’ll need to be aware of the latest trends in the market and take sufficient time to research prior to beginning production in full, if you fail, you risk producing games that aren’t of the highest quality and are not praised by reviewers, which means your company loses its market eventually.

The Hunter Classic is a game where players shoot game animals like hunters in the modern world. The game can be serene and relaxing, especially because the creators have put a lot of effort into making the environment appear realistic or stunning.

TheHunter Classic is also a great game that offers diverse locations and the most well-known endemic wildlife within these.

YouTubers Life lets you play the role of a Youtube star. In the game, you are the character who is responsible for making fresh content for the YouTube channel, negotiating new agreements for advertising, and generating income.

The money earned could be utilised to enhance the gears of the character, their houses, and various other items. Also, you must manage your character’s social activities.

Fishing Planet, is a multiplayer game with online competition and co-op components if one would like to showcase their catch to digital fishing companions.

To make the game more diverse there are many combinations of rods, baits, and other fishing gear that make every fisherman player different. It’s also a very interesting game.