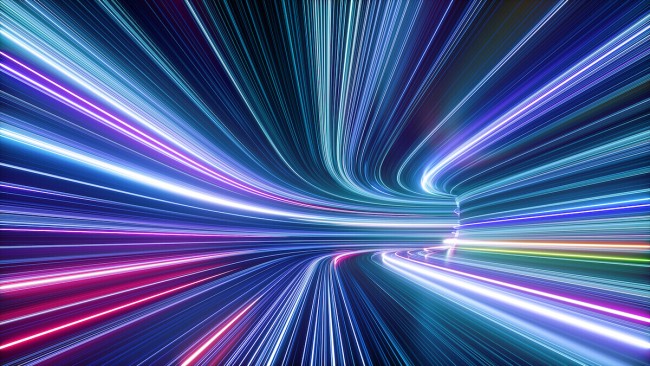 Speed is a thrilling experience and most of us like and enjoy speed. Speed is not only seen in nature but also can be seen in man-made things such as roller coasters, elevators, etc.

In this article we have listed the 20 fastest things in the world, a few of them also enlisted their name in the Guinness Book of Records. You find the article to be interesting and a source of knowledge gaining. Enjoy reading!

Superluminal motion is nothing but a motion that is faster than light. With special relativity, it’s impossible to speed up an object even by the speed of light. And there it is a thing that even accelerates quicker than light.

In today’s era, light is considered the speediest matter of the universe, which is about 186,282.397 miles per second. If you travel around the globe at such speed you can even circle the Earth 7.4 times, in a second.

This Japanese train is in testing & development by the Central Japan Railway Company. This train will be launched with a record speed for railway vehicles of 374 miles per hour.  Its initial segment is scheduled to begin operation in 2027 before it is expanded to Osaka.

100 Tuatara by SSC, (a North American-based company) is the fastest production card in the world with the most recent and best technological advancements.

The Initial plans for this car were for a 6.9-liter twin-turbocharged engine but later the car is planned to launch with a 5.9-liter block having a higher redline and with E85 fuel it will generate 1750 bhp and will run at a speed of 300mph.

Voyager 1 is on its way away from the solar system at such a speed that it may travel across the Sun to Earth in a trip of 93 million miles within 3 months and a week. Currently, its speed is 38,000 miles an hour, & amazingly a few days ago it crossed the solar system’s boundary to interstellar space.

It’s tough to obtain data on these types of information because submarine data is usually classified for security purposes. In 1969 the highest speed of a submarine was recorded by Soviet K-162 with the speed of 44.7 knots.

Sikorsky X2 is the fastest helicopter in the world from 2010 when its speed was recorded by a demonstration model having a speed of 287mph. It can perform more precisely and accurately than a typical helicopter. The twin rotors and the propeller pusher generates the power to fly over 10k feet.

The world record of being the fastest boat goes to The “Spirit Of Australia” having a speed of 318 miles per hour. This was made by an Australian motorbike racer named Ken Warby in the 1970s.

With a theoretical peak speed of 537 petaFLOPs, Fugaku is the most powerful supercomputer besides having the highest-ranking to run on ARM processors too. Since 2014 the Japanese government has invested around $1 billion on the project’s R&D, acquisitions in addition to application and development.

We’re all aware that stool attracts many microorganisms but many of us don’t know about the fungal Genus Pilobolus, which is present in the stool of herbivores.

The fungi release their spores at an approximate speed of 25 metres in a second, which is astonishing as they can reach the maximum speed in just two-millionths of a second.

The eight-time Olympic gold medallist Jamaican sprinter Usain Bolt will always be regarded as the fastest person on Earth with the world record in 100-metre and 200-metre sprints in the male category.

Cheetahs can reach up to their maximum speed of 113 kph which is triple the highest speed of a human. Cheetahs possess a talent that no other member of the big cat family has.

The Peregrine Falcon is not only the fastest bird but also the most agile one while hunting. Its motion can speed up to 322kph and horizontal speed up to 56mph.

Sailfish is the fastest fish in the world that can be of the length of 10 feet and weight of 128 lbs. The result of some speed tests shows that a Sailfish can achieve a speed of 68 mph while leaping.

This rapper is quite unknown but holds the world record of being the fastest rapper in the world by enlisting his name in the Guinness Book of Records with the speed of 14.1 syllables per second.

The recorded highest speed of wind ever was of an erupting hurricane of category 4 storm that took place on the 10th of April, 1996. A tropical Cyclone Olivia was passing through Barrow Island, Australia with a speed of 254 miles per hour.

The fastest and tallest waterslide is in Brazil now with a height of approximately 41 metres that is of a 14 story building and capable of speeding up its motion over 100km. It has also a record in the Guinness Book of Records.

The elevators of Taipei Tower, Taiwan is the fastest elevator in the world with a speed of 60km/h which means it just takes 40 seconds to travel to the 89th floor. These elevators have an Atmospheric pressure regulatory system for their users as they can run at their maximum speed of 1010 m per minute.

The fastest roller coaster is in Abu Dhabi in the name of Formula Rossa which was inaugurated in 2010. It has a maximum speed of 149m/h.