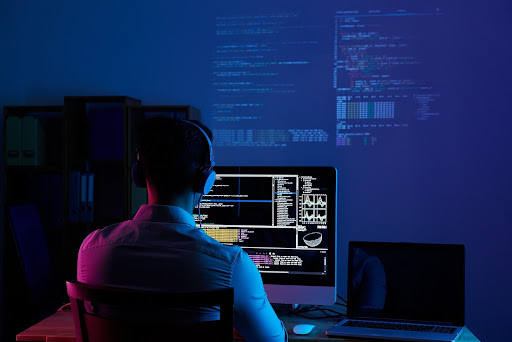 Kafka is a framework for storing, reading, and processing streaming data that is available as open-source software.

Kafka is meant to function in a “distributed” environment, which means it runs across multiple (or many) servers, exploiting the additional processing power and storage capacity that this provides.

Apache arranges data into “themes” from a variety of sources. One of these data sources, for example, could be a transactional log, which records every sale made at a grocery store.

For data ingestion into Hadoop or another data lake, many firms simply employed Apache Kafka in the beginning.

Apache Kafka, on the other hand, is about much more than messaging. Companies now use Apache Kafka as an event streaming platform to develop mission-critical infrastructures and core operations platforms.

Access to massive volumes of event streaming data via Kafka has sparked strong interest in interactive, real-time dashboards and analytics, with the idea being similar to what was previously built on top of batch frameworks like Hadoop using Impala, Presto, or BigQuery: the user wants to ask questions and get answers quickly.

Apache Kafka is a messaging, storage, and data processing platform. Two additional components are included in the Apache Kafka project: Kafka Connect for integration and Kafka Streams for stream processing.

Other important components of Kafka’s ecosystem are used in most mission-critical projects. Kafka is frequently used as the backbone of current integration layers.

Kafka can be used for both real-time and batch applications, as well as non-event-streaming communication paradigms such as files, REST, and JDBC.

Furthermore, it is frequently used for smaller datasets (such as bank transactions) to assure reliable transmission and processing with high availability, exactly once semantics, and no data loss.

In event streaming architecture, Kafka Connect is a crucial component. It allows for simple, scalable, and reliable integration with all sources and sinks, as demonstrated in our next example with real-time Twitter feeds.

What happens if your use case includes mainframes, databases, logs, or sensor data? A Kafka topic is used to hold the ingested data. Kafka Connect serves as a sink, ingesting data into Rockset in real time.

Whether your data comes from edge devices, on-premises data centers, or cloud apps, you can integrate it with a self-managed Kafka cluster that offers serverless Kafka, mission-critical SLAs, consumption-based pricing, and minimal cluster management work on your part.

In Maven, a Project Object Model (pom.xml) or POM, is the most basic unit of work. It’s an XML file that provides project metadata as well as configuration details that Maven uses to construct the project. It has default values for the majority of projects.

How does Kafka work?

Apache Kafka is a distributed message broker that holds messages from one or more producers. Topics are used to divide the data into separate parts. Each subject has a timestamp that is indexed and saved.

What is Kafka console producer?

Data correlation across data streams, the search for trends or anomalies, making predictions, comprehending behavior, or just visualizing data in a way that makes it interactive and interrogable are all examples of Kafka analytics.

Continuous SQL queries can link data streams together for correlation and search for patterns (or specified sequences of occurrences over time) across one or more data streams using a pattern-matching syntax.

How to Use Kafka Analytics for Real-Time Reporting

Step 1: As previously stated, you can prepare and deliver data from Kafka (and other sources) into storage in the format of your choice. This allows for the real-time generation of machine learning models from raw data.

Step 2: Once a model has been built and exported, you can easily call it from our SQL and send real-time data into it to infer results in real time.

The end result is a model that can be updated often using current data, as well as a real-time data flow that can match fresh data to the model, identify anomalies or unexpected behavior, and enable proactive actions.

Step 3: Visualizing and interacting with data is the third and final step in the analytics process. Dashboards can be set up to continuously refresh and enable drill-down and in-page filtering using a comprehensive collection of visualizations and a simple query-based integration with analytics results. To interface with Kafka, an OpenStack dashboard such as Kibana can be utilized.

In this article we saw about Kafka and how it helps to create real time data. You learned about the steps and the advantages of Kafka also.