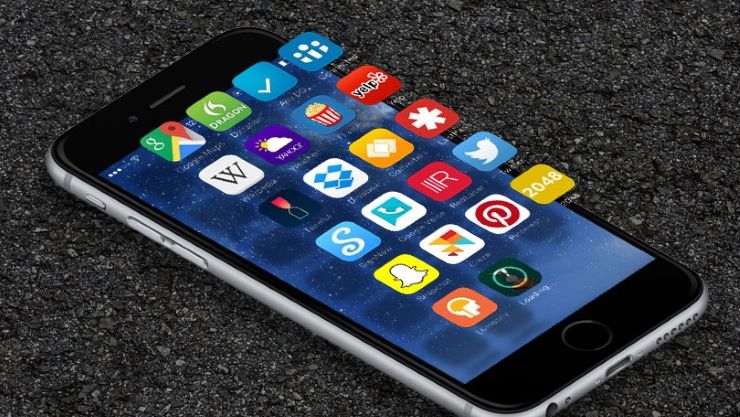 Since the first iPhone came out, Apple has witnessed a period of tremendous growth in the mobile phone industry. The total number of apps that are now available for download is well over two million. As time goes on, new apps are being created every day.

Apps allow people to communicate with each other via various methods including texting, messaging, and video chat. They can also be used to purchase items, book appointments, access entertainment, and complete other types of tasks.

The demand for mobile apps is only going to continue to grow in the years ahead. As a result, businesses and entrepreneurs should start planning for app development trends that will be popular in 2022.

Several trends are expected to occur in the world of iOS app development in 2022.  These will include the following:

Many people have started using voice-enabled technologies which are commonly referred to as “voice assistants” to help them get things done faster. These assistants can be used via smartphones, smart speakers, and other types of devices.

Additionally, Apple now allows developers to include Siri in their apps through Sirikit. As a result, there are going to be more apps that are created with voice functionality in 2022.

People are purchasing more wearable devices like smartwatches to stay fit, monitor their health, and even wear these devices for fashion purposes. Top smartphone manufacturers such as Apple and Android have come out with their version of a smartwatch.

Wearables are becoming more popular day by day, and numerous industries are finding wearable technology helpful for improving daily operations. Mobile apps that are compatible with these wearables will be very popular by 2022.

Apple is already allowing developers to create watch faces using the latest technologies which are expected to also include third-party app integration. These can then be used to provide users with information such as heart rate, steps taken, and calories burned.

Augmented Reality (AR) is a technology that allows users to interact with digital objects that are superimposed on their physical surroundings. This type of interaction has been made possible through the use of devices such as smartphones and tablets.

Consequently, there will be more iOS apps being developed with AR capabilities that are also powered by blockchain technology. It is expected that these types of apps will have interactive features too.

4. Increased Use of AI

Artificial Intelligence is being used in a variety of industries including healthcare, finance, automotive, and retail. The use of AI is also expected to grow significantly in the world of iOS app development by 2022.

Many experts are predicting that AI will become a common feature in mobile apps and will even extend to offline life. Apple is already allowing developers to create apps that use machine learning technology.

These can be used for various purposes such as detecting text, handwriting recognition, facial analysis, speech recognition, and sentiment analysis.

People are increasingly using mobile apps to transfer money to each other.  These money transfer services are often used to split bills, pay for goods online, and send money to people they know.

According to research, mobile apps are now being used more than traditional bank services or cash when it comes to transferring money. There will be an increased demand for iOS apps that allow users to transfer money between parties by 2022.

How 5G Networks Will Transform The World of App Development

As 5G networks become more common, they are going to have a significant positive impact not just on our environment, but also on the world of app development.

This is because they will allow for faster download and upload speeds as well as lower latency. This means that developers will be able to create apps that are more interactive and provide a better user experience.

In addition, 5G networks will also allow for more people to be able to use multiple devices such as smartphones, tablets, and laptops at the same time. This will make it easier for them to share information and accomplish tasks quickly.

Are you Ready for the New Revolution of iOS App Development?

Mobile apps have already made life easier for people across the world. As time goes on, there will be more types of apps that allow people to complete their tasks even faster and more conveniently than they were able to in the past.

Businesses and entrepreneurs should keep these trends in mind when planning for app development in the coming years.