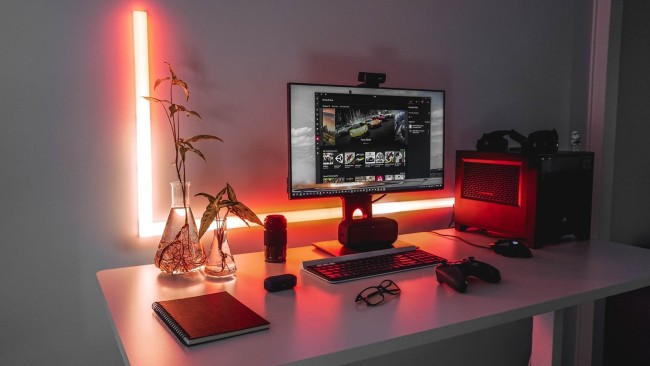 In our opinion, there is no person who owns a smartphone and still has no clue about what Android is.

Released from the house of Google as the sole operating system of all the Google devices, Android is one of the most famous and accessible operating systems mainly used to power smart devices like smartphones and tablets.

It gives you great flexibility and a variety of options to choose from, especially when it comes to building apps, installing them, and navigating through those apps.

But what if we told you, with the help of certain devices, you can load up your Android OS on your PCs and laptops, seems interesting?

Best Android OS for Your PCs

Of course, we did have to start off this list with the name of the one emulator that is known to all of you – Bluestacks. It is the most popular platform that will give you access to a range of Android features, all while you’re sitting at your computer!

The UI of BlueStacks is very simple and easily navigable. Most people go for BlueStacks whenever they want to use an Android emulator on their PCs because of the ease with which they can install this application.

BlueTacks offers a great many options for you–you can play most of the Android games from your computer with this and you can also run other Android applications.

Another name that swiftly comes to our minds whenever we think of running our Android applications on our desktop computers using Android emulators, is PrimeOS.

It is one of the most widely used Android OS emulators for PCs as it almost gives you the same Android experience on your desktop like the one you’d have if you were using your smartphone instead.

The PrimeOS app is easily available on the internet for free from any of the software downloading websites. Any game and application that is made for the dedicated Android environment will seamlessly run on PromeOS.

Coming to the third name on our list of the top 11 most popular and widely acclaimed Android emulators for PCs, we have the ChromeOS. ChromeOS is a great software that mirrors your Android smartphone onto your desktop device without any hassle.

Suppose you want to enjoy an Android game but your phone seems to provide too small a screen for you to actually engage in the gameplay. In that case, download ChromeOS, use it to open the game on your desktop computer which has a larger screen, and then keep playing!

If you’re a student who owns a Chromebook, you can easily install ChromeOS there and start playing your favourite Android games on your computer.

Now we are down to the fourth name on our list of the top 11 best Android emulator applications that will help you play Android games and run Android apps on your computer screen.

For this position on this rundown, we have the Phoenix OS, one of the foremost emulator apps that broke the internet the moment it launched because of the ease with which you can navigate through the pages, download the software and play games and run apps on it. The PhoenixOS has no problem supporting the x64 architecture too!

The Android x86 Project is a unique software because it was not made for profit, but for simply enabling desktop computer users to open their Android applications and games on their PCs.

It is an open-source project with an Apache Public Licence 2.0. The entire programme is quite lightweight (takes less space on your hard disk drive) and it is a very popular option that is often used by those who cannot manage to buy an emulator app for managing their Android work on their laptops or PCs themselves.

Next up on our ultimate rundown of the top 11 best Android OS emulators for your computer screens is none other than the very famous application–Bliss x86.

Just like the Android x86 Project, Bliss OS x86 is also an open-source application, available to all users completely free of cost.

The main feature of the Bliss OS emulator that has definitely caught our eye is that it goes high on security, which is crucial if you are opening some personal Android apps on your computer screen using the emulator.

Bliss OS offers you three different versions for desktop, tablet, and stock that you can choose as per your requirements.

We are finally down to the seventh name on our list of the top 11 best Android OS Emulators for all our desktop computers and laptops. For the seventh place, we have chosen RemixOS after testing it ourselves for over a month.

The Remix OS is an Android OS emulator that comes with a host of features that will blow your mind off if you are expecting there to be lags and system issues with your emulator.

This emulator is reliable and also never gets lag issues. One thing we liked about the RemixOS is the taskbar that they offer, with many functional options to rearrange the Android apps, play the Android games, etc.

Openthos is another free, open-source Android OS emulator that you can definitely try out when you are looking for great options of Android OS Emulators for PCs.

The programme runs on some Chinese algorithms and offers enhanced security features to you. You will get a task manager tool here as well, just like the previous emulator–RemixOS.

This app, also, does not get lag issues very often, has a pretty fast frame rate of 60 FPS and will never fail to give you a great Android gaming experience, if that is what you are after.

As one of the most perfect Android OS Emulators ever, the Lineage OS has always been regarded as a market leader because of its accessibility, ease of installation, great navigability and simple User Interface.

There are many Android personalization options to explore if you are using LineageOS. It is a free open-source software that you will easily find on the internet. Its unique “privacy guard” feature is the best thing about this software, for sure.

To top off our list, we have decided to add software that is very special in the sense that many people have already used it and left race reviews about this application.

The Genymotion Android emulator fits perfectly into any device backend, according to your liking. The Genymotion application is available in 4 separate versions: Free, On-demand, Premium, and Cloud.

The Karven OS-x86 is another open-source Android OS emulator that we must tell you about. This software can emulate any device such as your mobile or your tablet.

It is chiefly focused on bringing the Android experience to your desktop interface with as minimal effort as possible. It is of course for Desktop PC computers that are equipped with x86/x86_64 compatible performing units.

With this, we come to the end of our comprehensive list of the top 10 best Android emulators for your desktop computers.

If you liked this article and found it helpful, do share it with your friends and also check out the other posts on our site. Thank you for reading this, and have a great day!